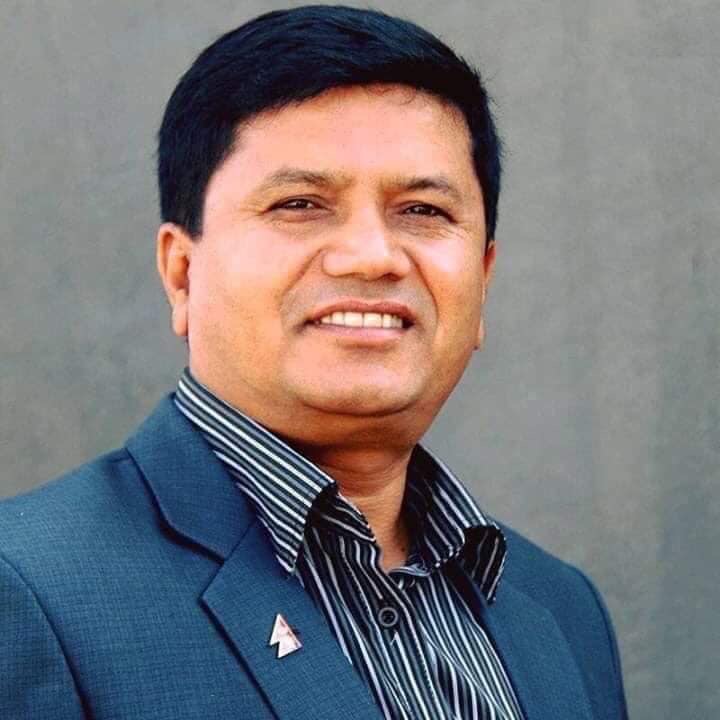 KATHMANDU: A helicopter flying the Minister for Culture, Tourism and Civil Aviation Rabindra Adhikari has crashed near Pathibhara in Taplejung district.

The Air Dynasty helicopter is known to have been carrying seven passengers including Tourism Minister.

All seven on board the Air Dynasty helicopter AS350 carrying Tourism Minister Rabindra Adhikari have been killed in the crash near Pathibhara in Taplejung district, confirms an Air Dynasty official.

The crash took place in Sisne Khola area, 6 nm (nautical miles) from Taplejung at around 1:30 pm.

The Chief District Officer of Taplejung, Anuj Bhandari quoted the locals as saying they heard a loud bang followed by a sight of smoke and fire in the area.

It has been learnt that the tourism minister, along with other officials, had visited Pathibhara Temple after attending a program at Chuhan Danda in Tehrathum to observe the under-construction domestic airport. The helicopter crashed right after they had taken off again from the temple.

Bodies of the deceased have been retrieved; however, adverse weather condition is hindering the lifting of bodies. Two helicopters of Nepal Army, one of Simrik Air and one of Air Dynasty has been sent for the operation.

This irreparable and profound loss of such prominent personalities from tourism and aviation sector has plunged the whole country into deepest grief.

On behalf of Higher Limits Trek & Expedition, we take this moment to express our heartfelt condolences to the families of the deceased and pray for their strength and courage to persevere and overcome on this painful period.

May the departed souls rest in eternal peace.